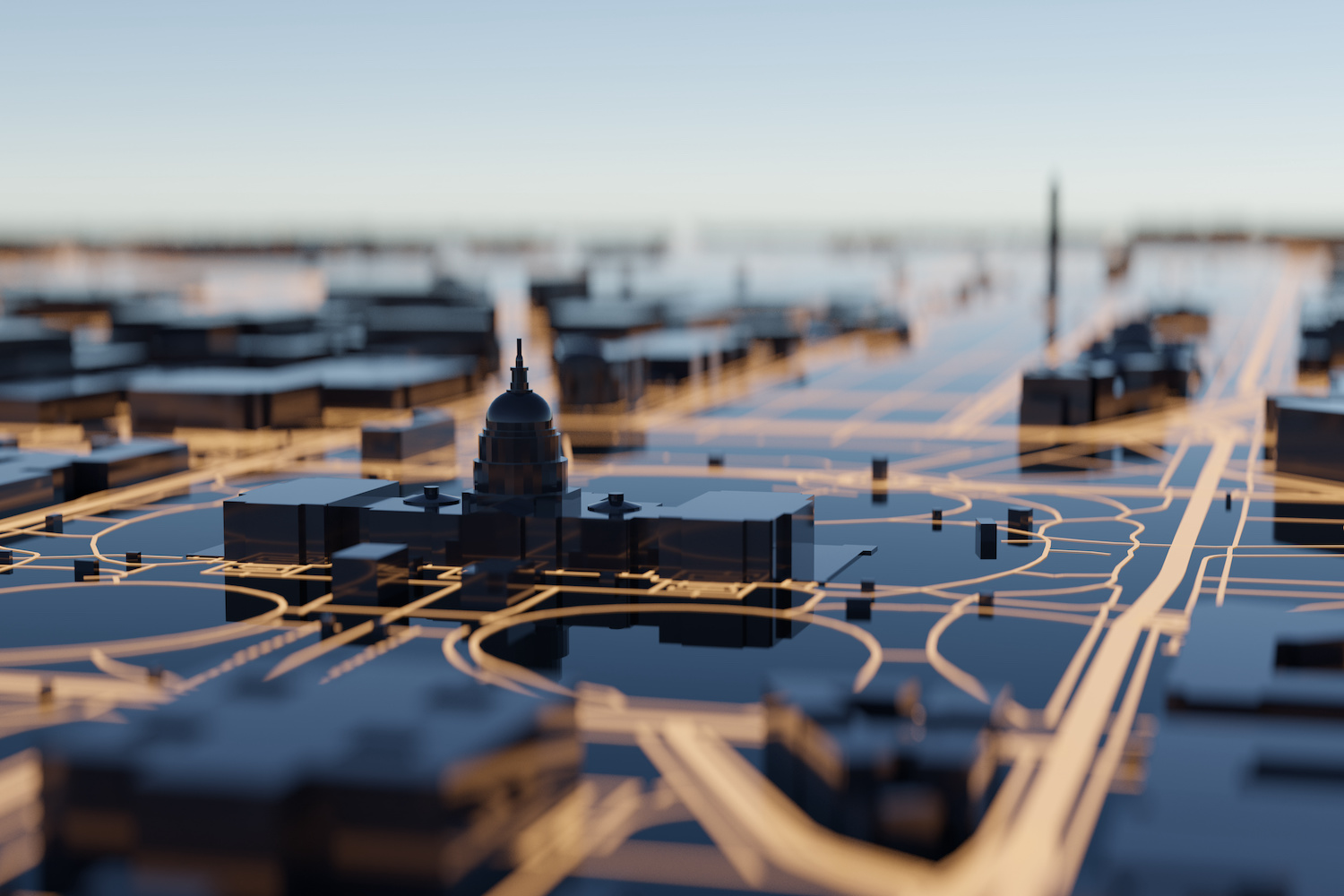 We had the privilege of interviewing Travis Moore, founder of TechCongress, on the future of technology in the legislative branch. Moore founded TechCongress to bring technological expertise to Congress through a fellowship program after serving as legislative director for Rep. Henry Waxman, chair of the House Committee on Energy and Commerce. In May 2022, the Knight Foundation announced a new investment that will allow TechCongress to place more technologist fellows in more Capitol Hill offices. The interview was conducted by Hudson Hollister, founder and CEO of HData and former president of the Data Coalition. This transcript has been edited for clarity.

Travis Moore, founder of TechCongress, thank you for doing an interview with Data First.

Yeah. My pleasure. Glad to be here.

Travis, tell us a little bit about the history of and the inspiration for TechCongress.

We place computer scientists, engineers, and other technologists to serve as tech policy advisors to members of Congress through one-year fellowships: everything from encryption to open data, privacy, and cybersecurity.

I started TechCongress because, frankly, I needed it when I was a staffer. I spent six years on the Hill, and was legislative director for a member of the House, and found myself increasingly underwater on tech issues and having to make vote recommendations on cybersecurity and other tech-related bills.

I found I needed to wrap my head around complex technical concepts. Yet there wasn’t anyone within Congress that could get me up to speed on a lot of these issues. That tech expertise just was not represented in Congress.

Now, certain sectors are pretty well represented, like education policy, or health policy. And that’s important, because there have been fellowships bringing in that expertise for some time. Essentially, TechCongress is replicating this existing fellowship model.

For tech, this is important, first, because the expertise is important in and of itself, but second, you know, tech touches every issue. It’s the infrastructure of society. That knowledge is essential for the functioning of government.

Travis, we are all grateful for the considerable investment you made and the considerable risk that you took on when you started TechCongress. Tell us a little bit about the challenges of starting an organization not just that hadn’t existed before, but of a character that had never existed before. And perhaps the moment when you knew that it was actually going to work?

I think I benefited from the fact that I moved to California to build this. And to be honest, if I stayed in DC, I don’t know whether I would have built this.

But being in the Bay Area, and being in this culture and ecosystem of starting things, kept me going at a time when I think I might have given up

I think the moment that I knew that it was going to work…it’s twofold. One was when we secured seed funding, but more importantly, it was when [our first] applications closed.

We had a three-week recruitment period, very much a sprint, and applications closed. We’d built this thing from scratch, and we had 200-plus applicants! People were applying for this thing that didn’t have any track record at this institution, [Congress,] which is incredibly opaque, and which doesn’t have a great reputation. Not in Washington, but not anywhere.

But people really wanted to sign up to do the work. To see people raise their hands and say, Yeah, I want to serve in Congress, and I want to improve the institution–that was that was the moment when we realized, people actually really want to do this.

Now, after that, the task was to get them in the right places on the Hill so that they could be productive.

You had, if I remember right, four TechCongress fellows for that very first cohort.

Two, actually. This was part of the growing pains. We had planned for four, and of our top four, two of the candidates turned it down.

Later we got one of them back! I kept at it and was very persistent …

I think it was just another step, you get a lot of rejection starting anything. You build up that muscle of dealing with rejection and moving on, dealing with missteps and failures and moving on. One of the great things about starting something is that you learn to just let things roll off of you. It’s never easy.

But anyway–we had two fellows.

How many classes of the fellowship have you now had?

We’ve had twelve, on a twice-a-year cycle. And we’ve had 75 Fellows to date, with another 10 starting in June. We’re hosting 20 Fellows a year. We’ll have 20 Fellows this year, we’ll have 24 next year, and we hope to sustain that: 24 moving forward.

How has the process for placement in specific offices on Capitol Hill grown and changed?

The Hill has really grown up. There is a widespread recognition and desire for additional capacity when it comes to all-of-the-above tech. That’s certainly different from 2014 or 2015.

There’s a recognition that these are complex issues, and that tech moves so quickly, that having people that have been on the ground floor and in the weeds on these issues, in the latest developments of technology is really, really important.

In early stages, thinking about the adoption curve, it was probably only four to six percent of [Capitol Hill] offices that were really truly interested in the first year or two. We’re now at that point where more than 50% of offices are actively interested in and eager to be building their own tech capacity.

And how about the organization’s infrastructure? Many public-interest oriented founders burn out. You haven’t. You look fantastic! How have you managed infrastructure that allows you to have the balance for this long?

Our advantage, and the thing that keeps us going and growing, is the network of alumni who really support us and give us the infrastructure to improve on recruitment, improve on placements, improve on training, and improve on building the network.

They’re incredibly invested in our success, and it’s definitely a pay-it-forward kind of program, because the fellows coming into the program lean on those that have come before them.

And so we have a great tradition of fellows coming in and supporting one another in subsequent classes, which we’ve also tried to systematize: we have alumni that serve as formal orientation and placement advisors. We pay them a small contract to do that. And we bring back alumni to support with recruitment.

That’s what sustains the organization. The network effects that are coming from that, especially over the last few years, are really starting to bear fruit.

We’re at the point where the model is working. And now we need to grow it.

Our view is that with 60 technologists sitting in the right seats and senior staffing rolls across the Hill, you’ve reached a baseline upskilling of the institution, because at that level, as an issue is moving through the institution–a bill’s being drafted, marked up, a committee vote, on the floor, reconciled with the next chamber–you will have a technologist at the table. You will have, at least, a technologist as part of that negotiating process, with 60 technologists across Congress. And that’s what our view is: that gets us to a baseline upskilling. Because you will have that filter, you will have that tech check on a bill as it’s moving.

Right now at our current estimate, there’s in the range of around 20-ish technologists and policymaking roles. And so our goal is to get that number up to 60.

Our goal over the next four and a half years is to convert our fellows into full-time staff and roles and then to sustain that. And then, after 2026, if we’ve accomplished that, we can pull back. And we can be a smaller program that’s bringing in a smaller number of fellows.

… But I think on top of that, there’s a ton to be done on the digital infrastructure side, which I know you you all [at Data First] are passionate about. And that’s something that we haven’t really dipped our toes in, except with our Digital Service Fellowship. But I think there’s a lot of a lot more support work that can be done moving forward that I’m excited about.

It is interesting, and it is refreshing that I hear you describing how the organization might be able to scale down somewhat–not go away, but scale down somewhat–as Congress matures. This stands in stark contrast to the reaction that I often get when I talk to founders: I want to build an empire. Why is it different?

Well, Congress needs to solve this problem for itself.

Our goal is not to be, and it shouldn’t be, to supplant, and fund the tech expertise for a branch of government. Congress needs to figure this out for itself. And it is. And that’s the good news.

Office by office, technologist by technologist. Our role is to prime the pump for the institution.

Congress is an extraordinarily hard place to do new things because of political risk, and because of the risk adversity of government. That’s where I think organizations like ours, and like the Data Coalition, can play a really helpful role to show Congress what is possible, build the beginning and MVPs [Minimum Viable Products] of what the institution should take on to carry that political risk.

Let’s turn to that issue, then, that last bit of digital infrastructure, if you will, what will it do for the operation of Congress and for the effectiveness of policy making? If Congress does move itself all the way to the notion of Data First drafting, maintenance and publication of legislative information?

The efficiency gains would be tremendous. The amount of staff hours that are wasted on paper-based processes are really substantial and a drain on the institution, and a drain on the time and the mental energy of people that are already overstretched, already under-resourced. This is where technology can play a really, really important role in building that resource capacity.

I wasn’t on the committee staff, but they needed extra help. So I volunteered from [Rep. Waxman’s] personal office, and I spent effectively a full week managing paper.

I was a legislative assistant for a senior House member. That was not a good use of my time.

It was a great use of my time given the gravity of that bill, but … this was literally copying paper, passing out paper, pulling back paper from Members. Technology would automate 95% of that work.

And I was one staffer out of five that was part of this. So that’s just one example: five weeks of staff time, just on a paper-based process.

So you can imagine how applying technology to a whole range of other processes in Congress could improve transparency, in truth, improve precision, improve record-keeping.

There’s not a downside to it. It’s just a question of providing the space and building that proof of concept [for Data First drafting] and creating the political will–and cutting down on the risk, making it not a risky thing so that the institution can adopt a digital process.

Travis Moore, thank you so much for the work that you’re doing to modernize Congress, through founding, managing, and then eventually when necessary, scaling back TechCongress, and for your expertise that you apply to questions like the digital infrastructure. Thank you. 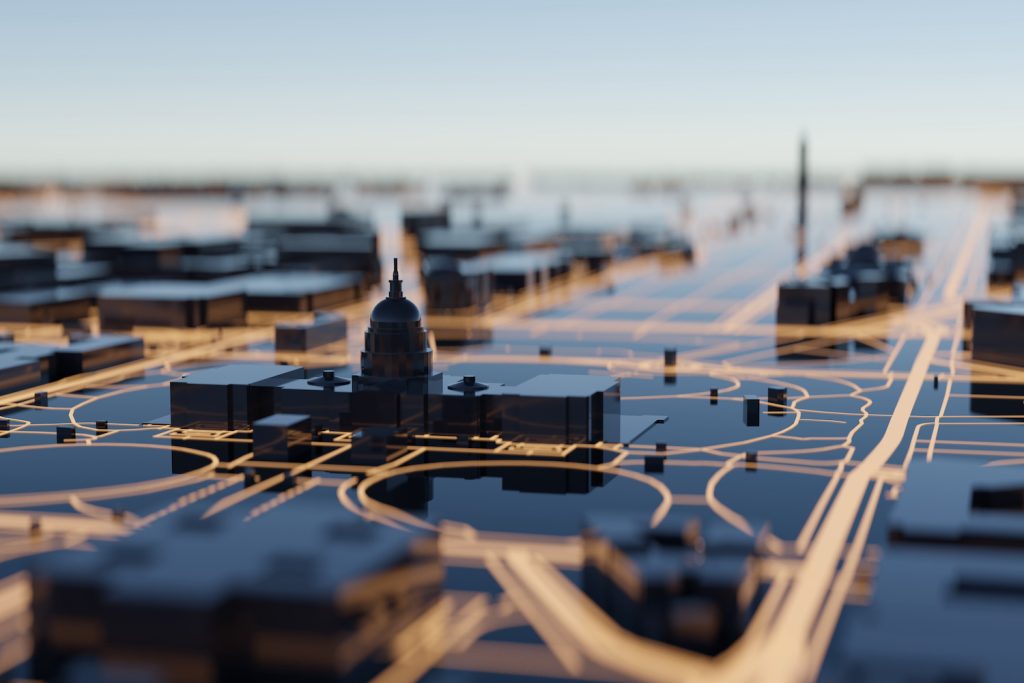 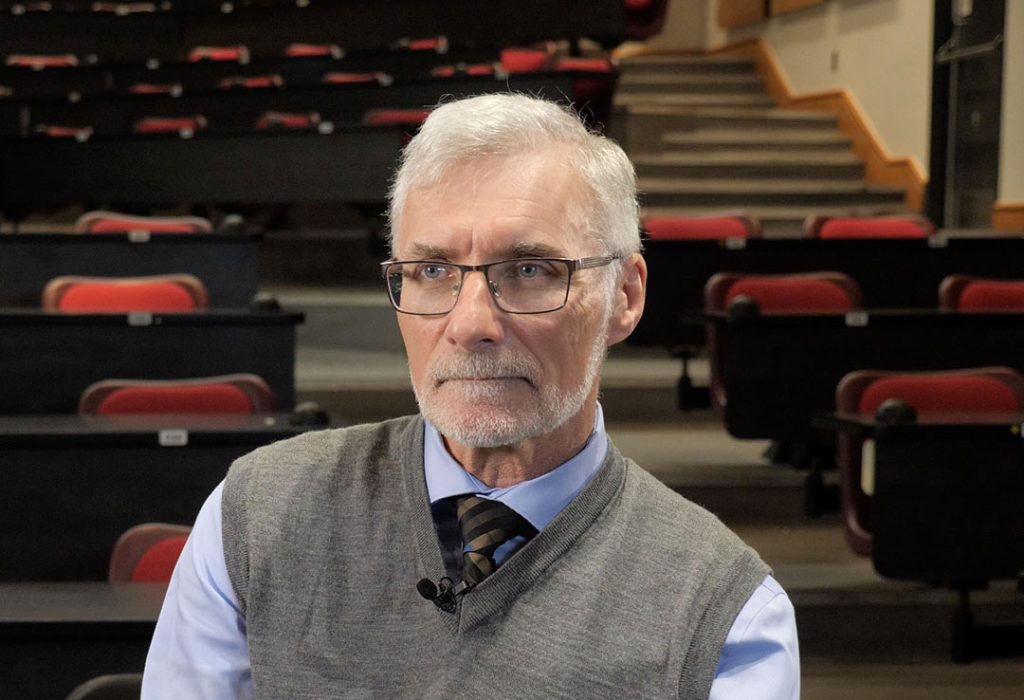 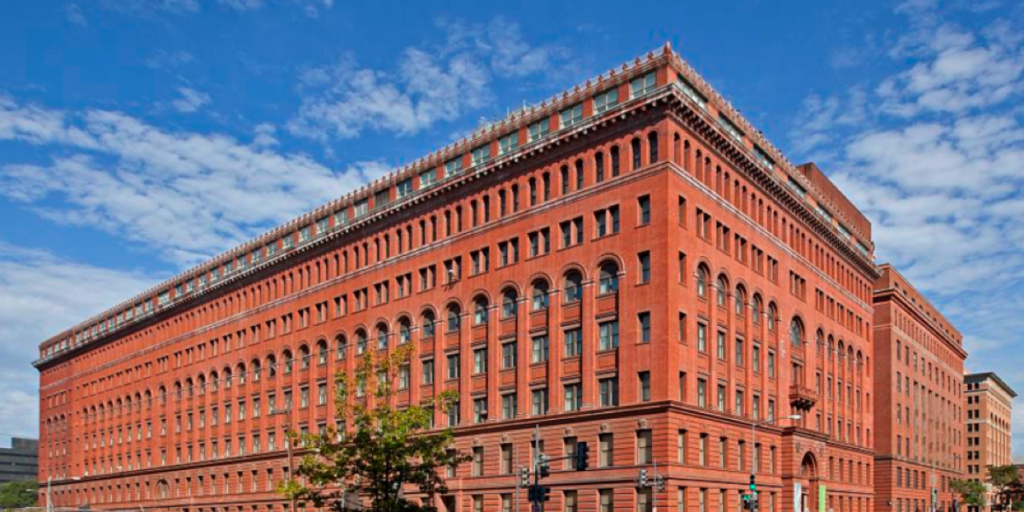